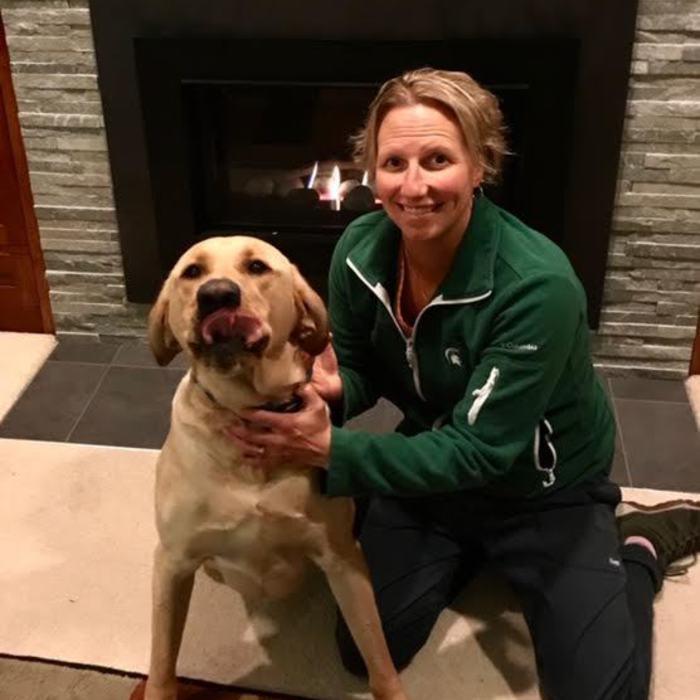 Dr. Estell graduated from Michigan State University College of Veterinary Medicine in 2001. Since then she has been practicing small animal medicine here in Ionia. She became a co-owner in 2009. She is married with two daughters as well as two dogs, Duncan and Casey. She enjoys spending time outdoors and both she and her husband, Anthony, are avid runners. She loves balancing her work and her home life. 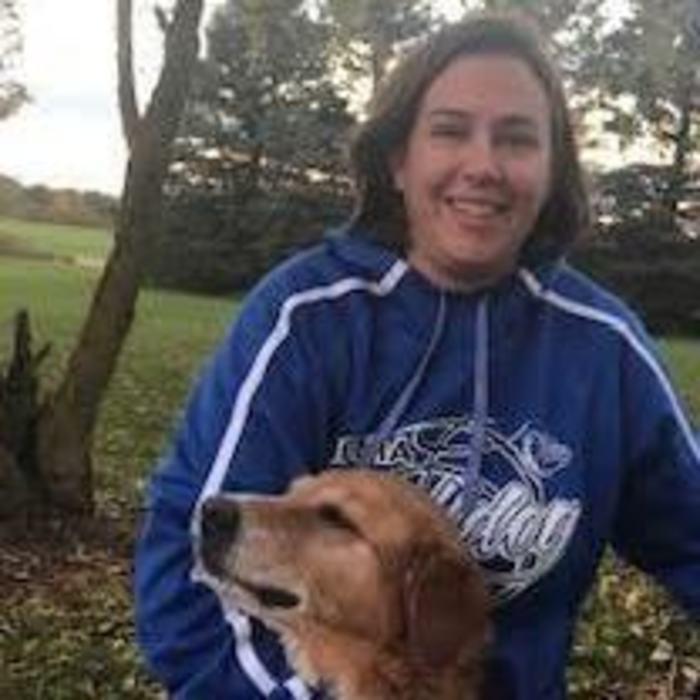 Dr. Susie Montgomery graduated from Michigan State University College of Veterinary Medicine in 2002. She and her husband Dr. Tim Montgomery live in the country outside Ionia. She enjoys spending time with her family and friends. She has two sons, Jacob and Sammy. The Montgomery family just added another 4-legged friend, Zoey. They also have three other dogs, Darby, Jesse and Lilly, and three cats, Luna, Mittens, and Chewy. 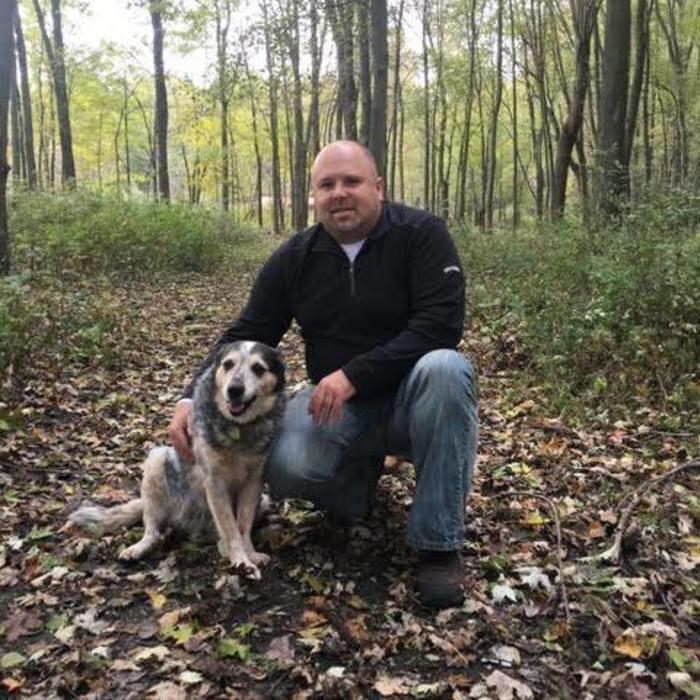 Dr. Wegener is a 2004 graduate of Ohio State College of Veterinary Medicine. Dr. Wegener and his family moved from Indiana in 2010 where he was working in a small and large animal practice. He and his wife Colleen, and daughter Melitta are currently living in Saranac. They have four dogs, Blue, Boomer, Zoom Zoom and Haddie, and a number of cats. He enjoys spending time with his family, camping and gardening. 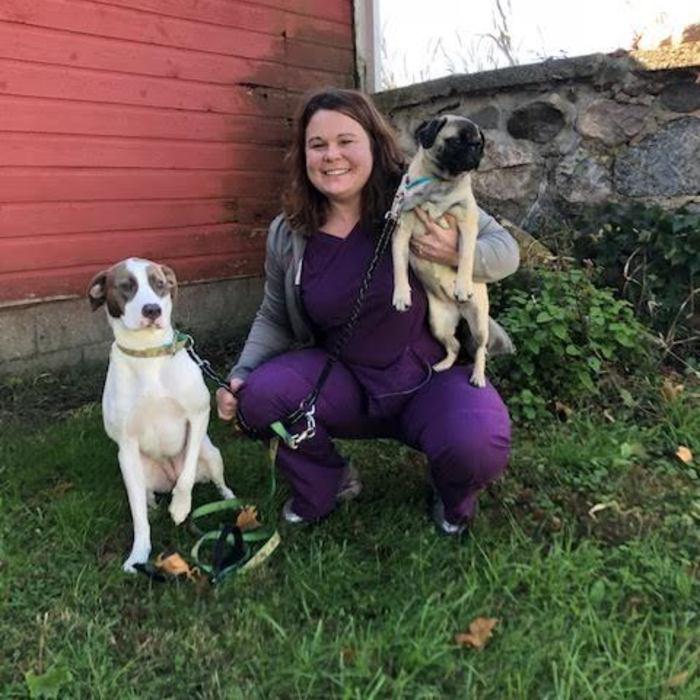 Dr. Angela Phinney was born in Michigan's Upper Peninsula and spent her childhood surrounded by more animals than people in the small town of Ralph, Michigan. After attending Michigan State University for her undergraduate degree in Medical Technology, she attended and graduated from MSU's veterinary school in 2006. Since graduation, she has worked in a variety of practice settings and is excited to be part of the Sterner Veterinary team. Dr. Phinney and her husband, Ryan live in Saint Johns with their dogs Paisley and Shelby and two cats Hamlet and O'Malley. She enjoys spending her free time camping, swimming, playing volleyball, and traveling to visit family and friends. 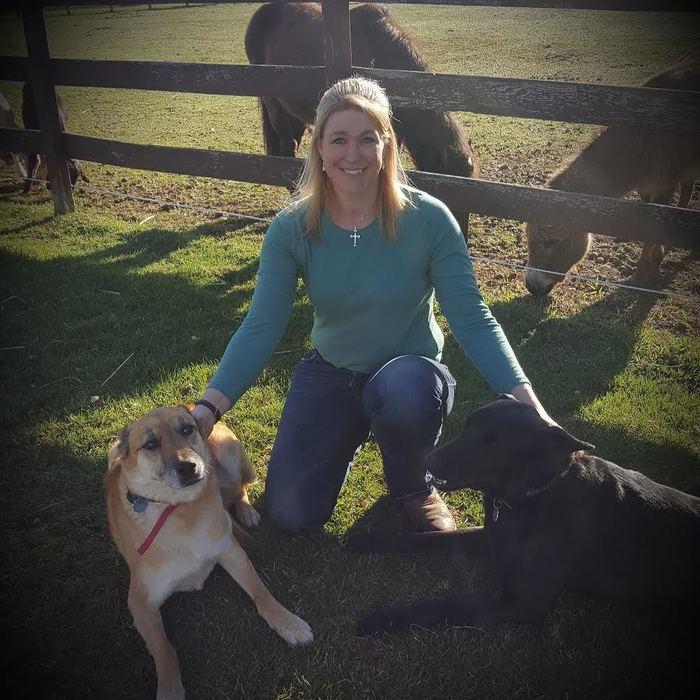 Dr. Elena Scott Graduated in 2002 from MSU. She started in an equine practice after graduation until 2007 when she switched to small animal medicine. Elena lives on a small hobby farm outside of Greenville with her husband and 4 children. Outside of work she enjoys the outdoor life: riding, gardening, playing all sorts of sports with her kids and keeping up with her large crazy family. 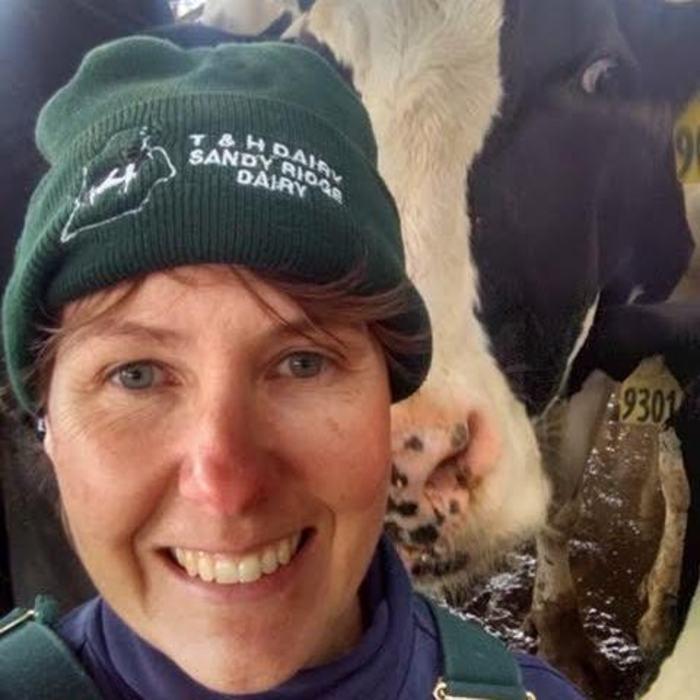 Dr. Sanford grew up in central Minnesota spending time on her grandparent's 30 cow dairy farm. Her first memories of the farm were hearing the stanchion crack as she tried to pet the cow's faces. Those experiences influenced her decision to pursue a career in dairy medicine.

Both of Dr. Sanford's degrees are from Iowa State University. She received a B.S. in Animal Science in 1997, and her D.V.M. in 2001. During her college career, she worked extensively at the ISU Dairy conducting research in calf physiology, health, and nutrition. She also worked at the National Animal Disease Center assisting with food safety microbiology and research.

Sterner Veterinary Clinic was Dr. Sanford's first professional job out of school. While here, she met her husband, Peter, and was married in 2007. Her professional interests include reproductive physiology (male and female), records analysis, calf health, and nutrition. 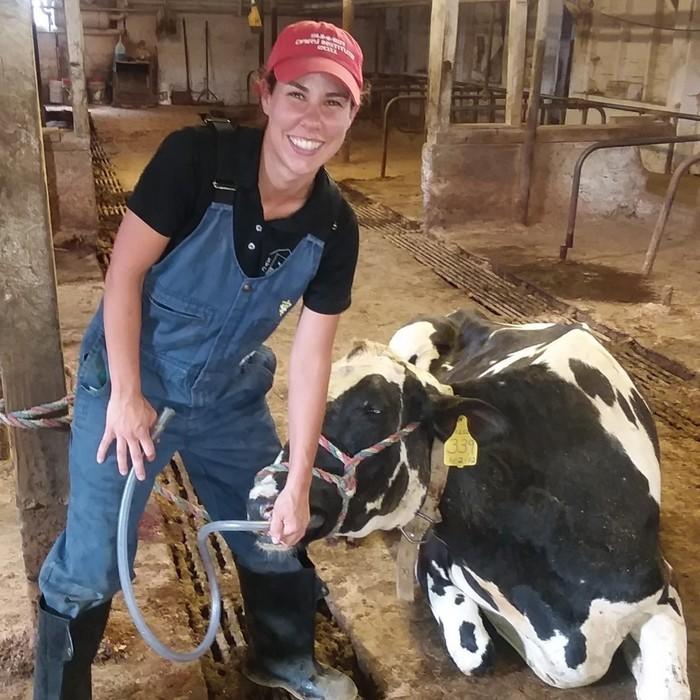 Dr. Krista Cook (Belecky) received her Bachelor of Science from the University of Western Ontario in 2002 and her Doctor of Veterinary Medicine from the University of Guelph in 2006. She moved to Michigan and began working at the Sterner Veterinary Clinic immediately following graduation. Dr. Cook continues to enjoy the diversity of clients and farms that the practice has to offer. Professional interests include bovine reproduction, calf health, and employee training. She lives in Pewamo with her husband, Ryan, two children, and their family hound, “Sophie”. When not at work, Dr. Cook enjoys running, reading, cooking, going to church and hanging out with family and friends. 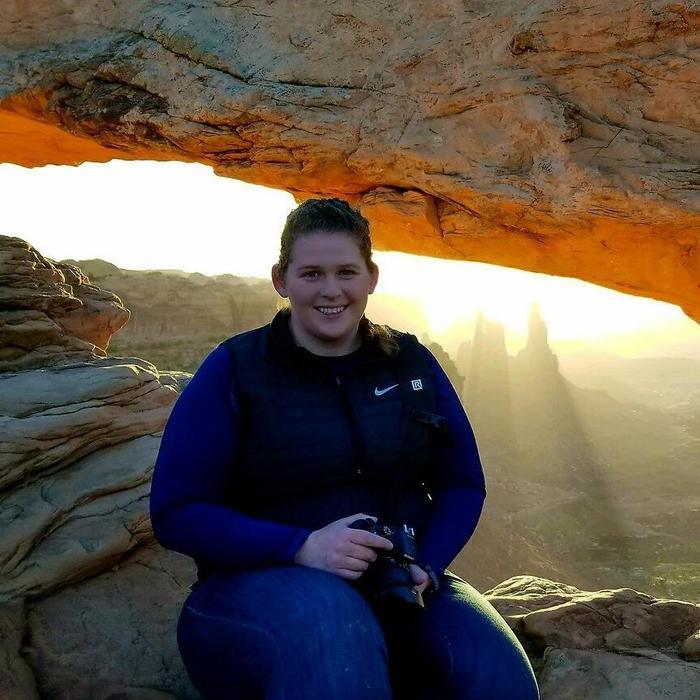 Dr. Clark grew up in Guilford, Vermont on a small dairy farm. She received her B.S in Animal Science from the University of Vermont in 2011 and her Doctor of Veterinary Medicine from Purdue University College of Veterinary Medicine in 2015. After graduation, Dr. Clark moved to Michigan and joined Sterner Veterinary Clinic in June 2015. She has an Australian Shepherd Sydney and cat Sasha. Dr. Clark enjoys traveling, photography, reading, the outdoors and spending time with family and friends. 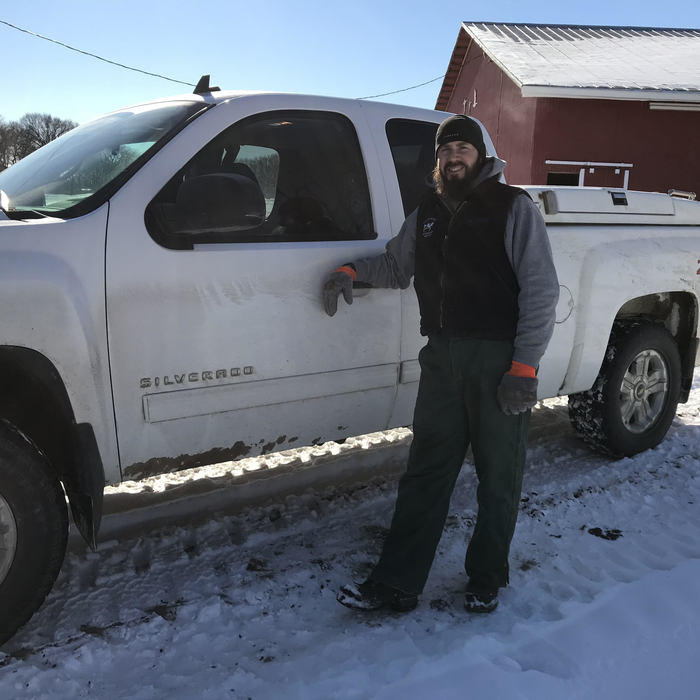 Dr. Daron Jones graduated from Michigan State University‘s college of veterinary medicine in 2009. After graduation, Daron moved to the Westphalia area and began working with Countyline Veterinary Service until he transferred to Sterner Veterinary Clinic in 2019. Daron, along with his wife Amber, and their four children run a small cow-calf beef farm and enjoy doing life together! 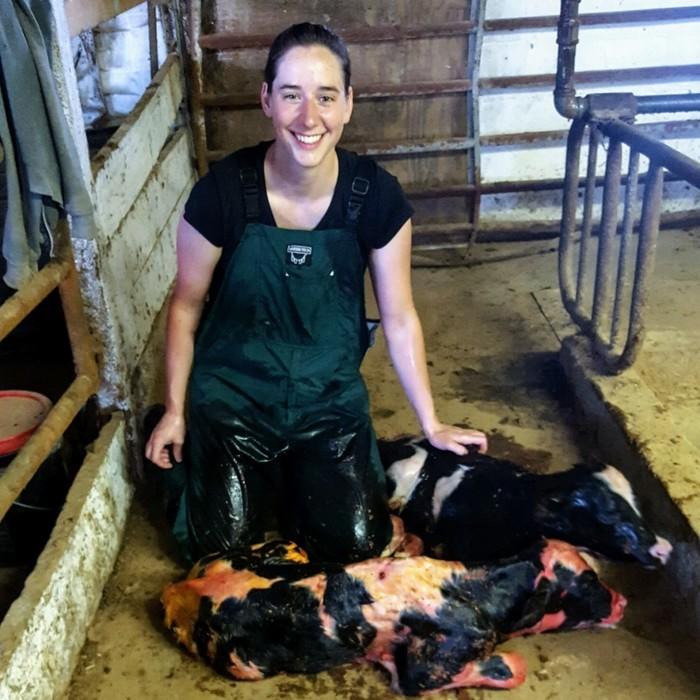 Dr. Courtney Doan-Matthias grew up in Merrill, Michigan on a cow/calf beef farm. She received her bachelor's degree in Animal Science in 2014 and her veterinary medicine degree in 2018, both from Michigan State University. Dr. Matthias started working for Sterner Veterinary Clinic in May 2018. She lives in Ionia with her husband (Zac), daughter (Zoey) and Australian Cattle Dog mix (Ruby). Dr. Matthias enjoys camping and biking with family and friends. 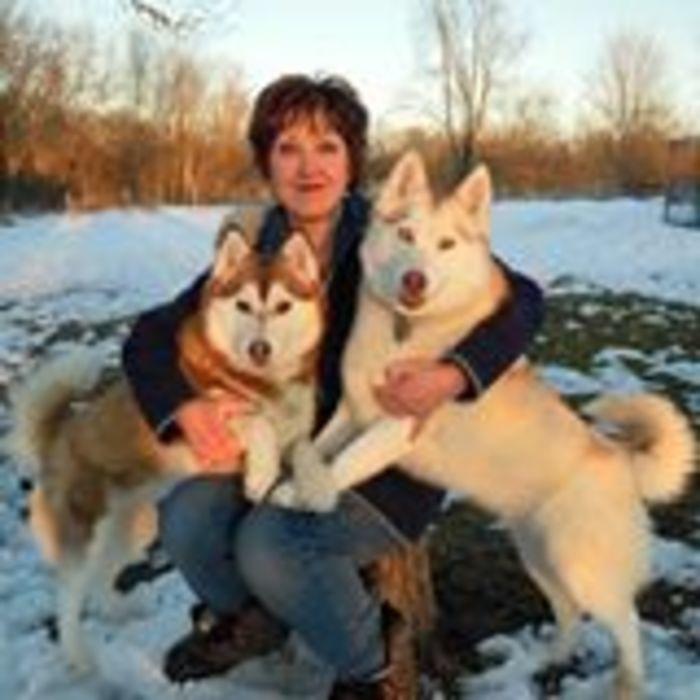 Denise is a 1983 graduate of Wayne County Community College and joined the staff at SVC in 1997. She has 5 dogs, Libby, Pluto, Ruby, Juneau and Vinnie, 4 cats, Snuggles, Spanky, Tony and Ziva, a turtle, and a paddling of ducks. She enjoys dog obedience trials, hunting and fishing and spending time with her husband and son. 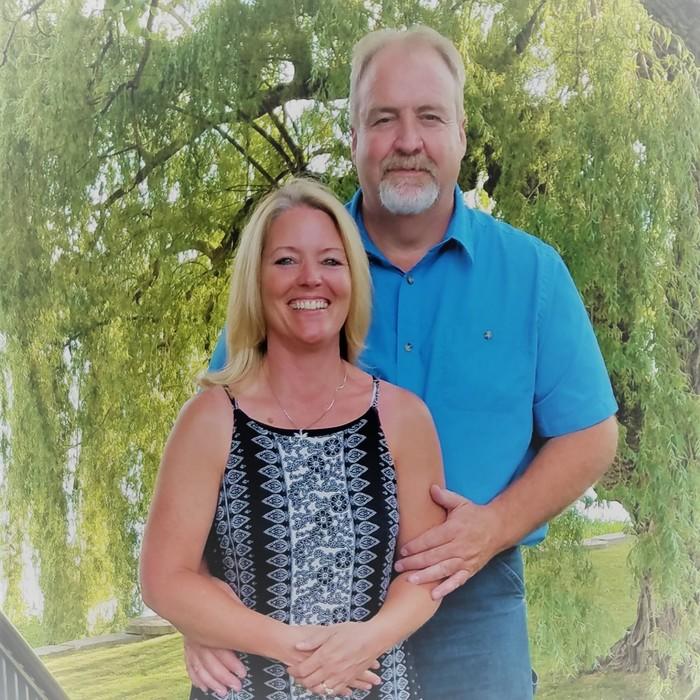 Tina has worked at Sterner’s since August of 2002. She and her husband, Matt, have 3 children, 2 sons-in-law, 4 granddaughters, 1 grandson, 3 dogs, and 2 cats. Outside interests include spoiling her grandchildren, camping with family and friends, flower gardening, playing Yardzee and riding her Harley on nice summer days with her husband. 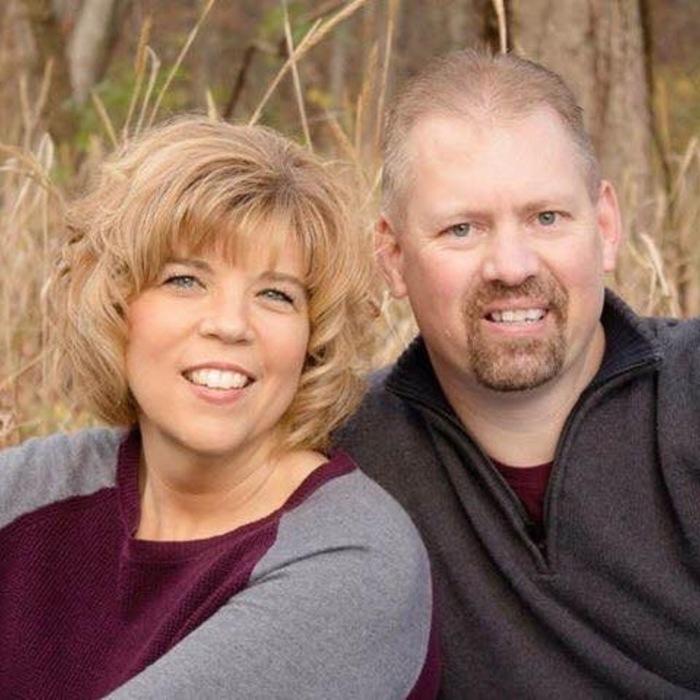 Becky joined the SVC staff in July of 2007. She is married and has two children, a daughter in college and a son that is a Fireman. They have a dog, Marley, and a grand dog Josie. She enjoys spending time with her family and friends and just enjoying life in general! 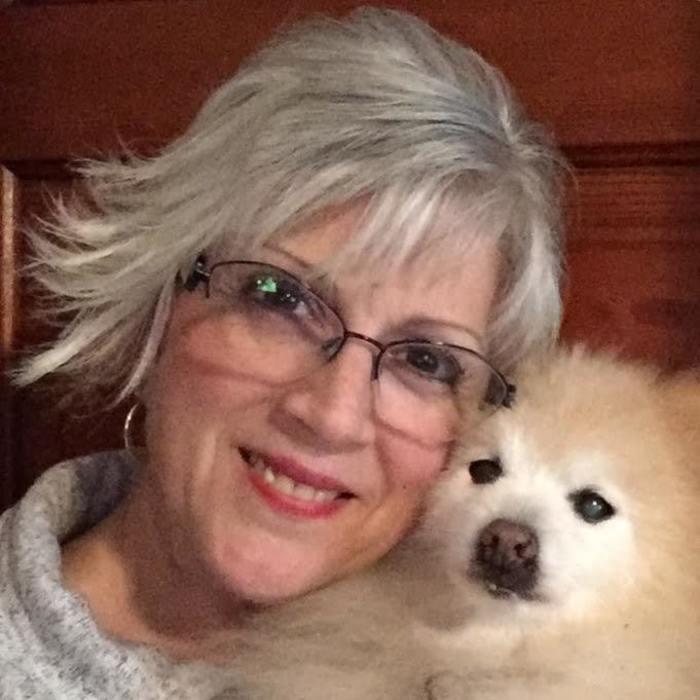 Maureen is a 1982 graduate from Northeast Missouri State University with a BS in animal science and an associate's degree in veterinary technology. She joined the staff at SVC in 1998. She has 4 dogs, Nigel Thornberry, Lady Thornberry, Angel, and Daisy. 6 cats, Bobby, Susie, Licorice, Bruce, Mama, and Sawyer. She enjoys spending time with her family and friends, both 2 legged and 4 legged. 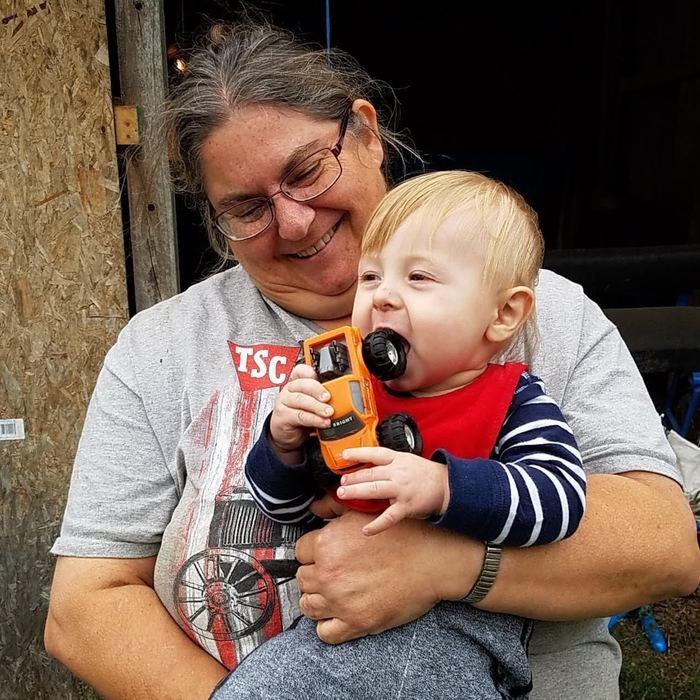 Leigh Ann is a Licensed Veterinary Technician and a 1982 graduate from MSU's Veterinary Technology program. She has been with Sterner's since 1984. Her interests include activities with Michigan Horse Drawn Vehicle Association, SCA Equestrian, and Barry County 4-H goats.  She resides in Nashville, MI with her husband and a variety of pets. 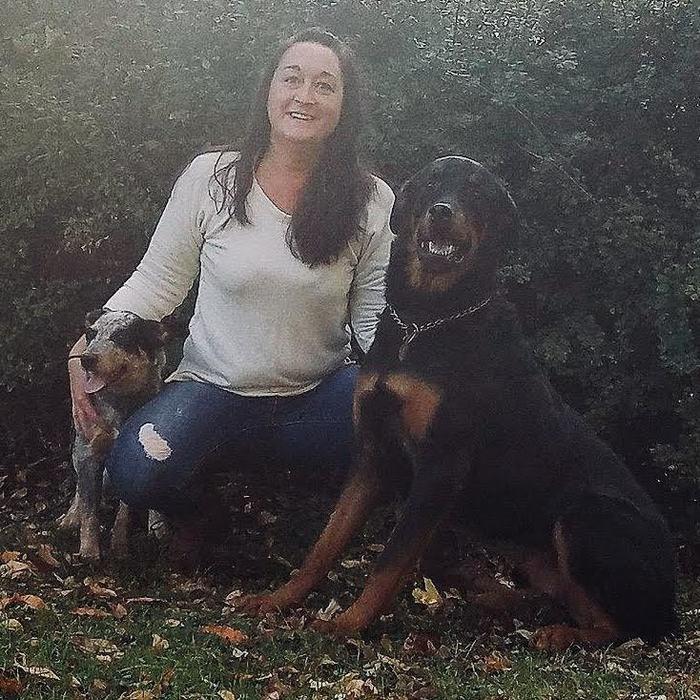 Rae has been with SVC since 2003. She has 3 dogs. She enjoys fishing, camping, hiking and spending time with her two children. She grew up in Ionia and graduated from IHS in 1994.  She has an interest in animal nutrition and is currently taking online courses to further her education 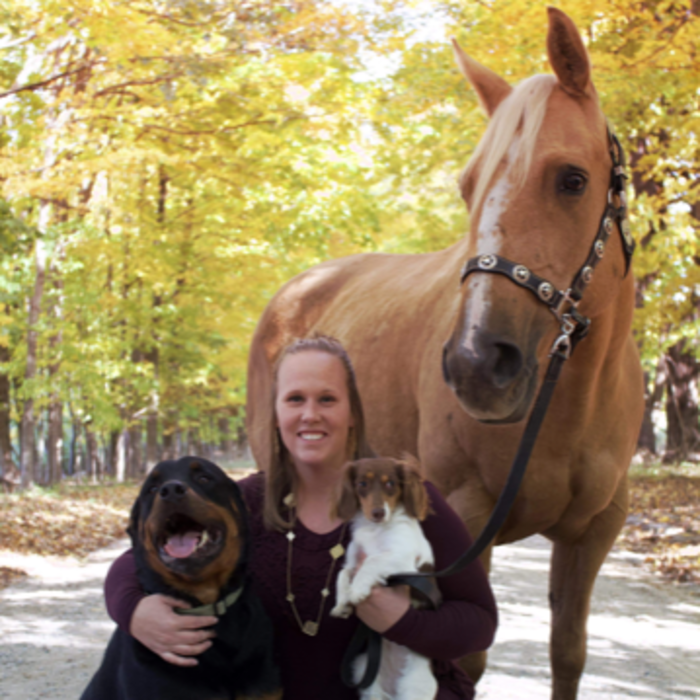 Abbey is a 2004 graduate of Bel-Rea Institute of Animal Technology in Denver, Colorado. She has been with the Sterner family since May of 2005. Although Abbey enjoys all aspects of Veterinary Medicine, she holds a special interest in Canine and Feline dentistry. Prior to graduating in 2004, she did a 12-week internship under a Small Animal Veterinary Dentist. The skills and lessons she gained during that internship have followed her throughout her career. Abbey currently resides on a farm in Sheridan with her husband Luke and their 4 children. She has 6 dogs, 2 cats, 6 horses and raises Black Angus Cattle. She is very active in the Montcalm County 4-H program, and also enjoys horse camping and trail riding with family and friends. 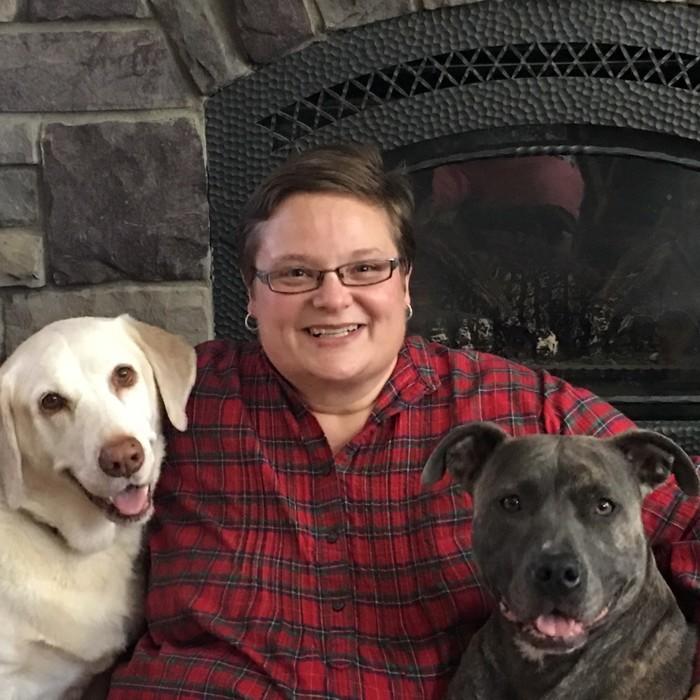 Kim is a Licensed Veterinary Technician and earned her Associates of Applied Science degree in May 2011 from Baker College. She joined the SVC team in 2012. She shares her home with her two dogs (Christmas and Delilah) and five cats (Katie, Miss Ruby, Gibbs, Kevin and Merrilee). Kim loves spending time with her family and is hoping to further her education in the Veterinary field. Her lifelong commitment and passion has always been working with animals and enjoys every minute of it. 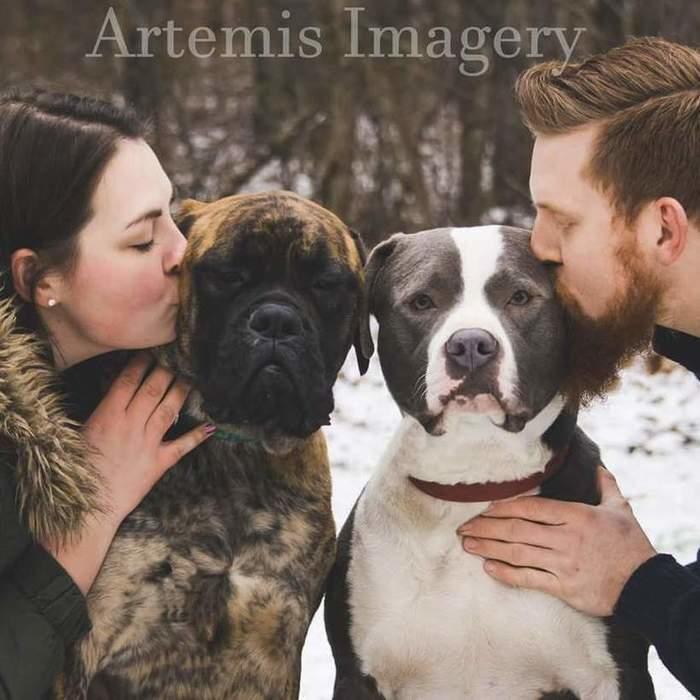 Bronwyn is a 2013 graduate from Sanford Brown College with an Associates degree in Veterinary Technology. She joined the SVC team in May of 2015. She shares her home with her own 4 legged pets as well as fostering homeless pets for the local shelters and rescues. Bronwyn enjoys spending time outside with her friends and animals. She is looking into furthering her degree with animal training and behavior. 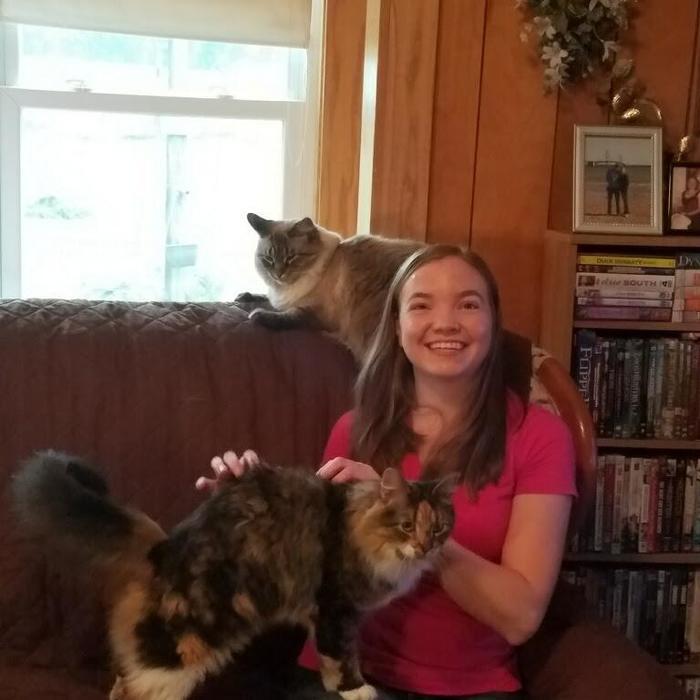 Michaela (Kayla) graduated from Baker College in June 2016 with an Associate of Applied Science in Veterinary Technology. After graduation, she interned as a veterinary technician at the Kansas City Zoo because she is especially interested in exotic animals. She joined SVC in March 2017. She grew up on a farm that started as a dairy farm and then switched over to cash crops. Michaela lives in Lowell, and enjoys spending time with her two cats Shaggy and Odette. 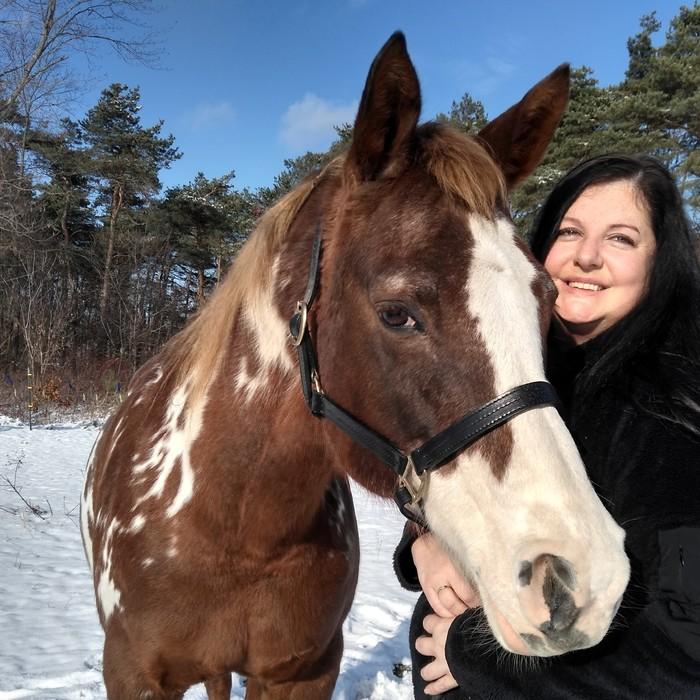 Joanie is a Licensed Veterinary Technician. She graduated from Baker College in 2004 and has a special interest in anesthesia, critical care, and internal medicine. She joined the SVC team in 2019.  In her spare time she enjoys kayaking, hiking with her dogs, and distance trail riding on her horse.


For general information, questions, appointment requests, call us at: